The High Country was historically isolated from the conveniences of city life. People here sustained homesteads through hard work, and learned to utilize what they harvested to create what they needed. Many of those arts and crafts developed long ago are still being produced by local artisans and craftspeople. In the heart of every town and hamlet here, you’ll find shops and co-ops, galleries and studios, and festivals as well as art supply outlets where you can watch demonstrations of authentic crafts and original artwork, sign up for a workshop or purchase a one-of-a-kind treasure as a gift, or for yourself. 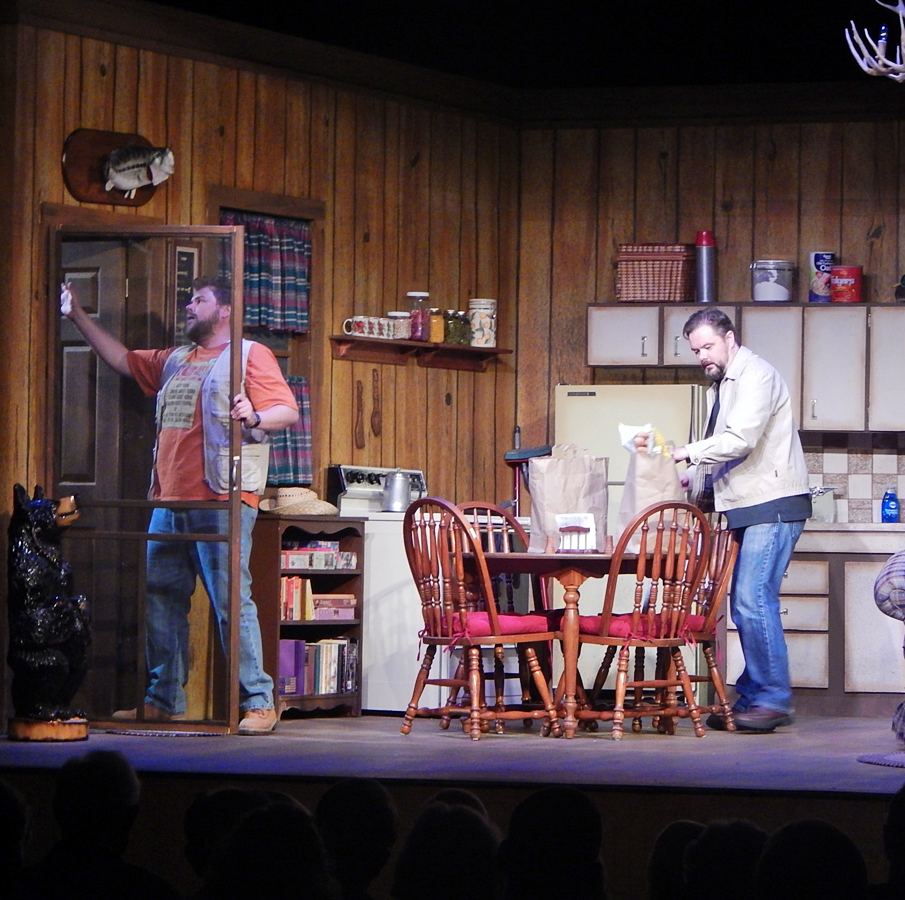 Established in 2009, Ensemble Stage is the NC High Country's only year-round professional theater. Located in the heart of Banner Elk, our professional main stage productions, performed throughout the year, are a mix of heart-warming comedies, historical dramas, suspense thrillers, comedy farces, and thought-provoking dramas.

Our live staged radio plays pay homage to the golden days of radio as we perform adapted radio classics from the 30's like, War of the Worlds, Miracle on 34th Street, Dracula, A Christmas Carol, etc. and present them similar to the way they were originally, including all the sound effects being performed live on stage.

Our theater camps and acting classes are all conducted by theater professionals and provide a wonderful creative outlet and encourage the use of imagination. Our kids summer theater camps are limited to only 12 students and the kids write and perform their own plays.

If you are looking for something that's a lot of fun yet a little risque' our musical interactive murder mysteries will certainly fulfill your needs.

During the Summer we also have our Kids Summer Saturday Theatre Series with shows specifically selected for a child's enjoyment and performed by local college theater majors.

Finally, our annual holiday musical variety has become a Christmas time tradition. This fast-paced show is patterned after the Andy Williams and Bing Crosby television Christmas specials of the 60's and 70's with women in beautiful dresses, guys in tuxedos, lots of singing, dancing, comedy sketches and more.

Ticket prices for a show at Ensemble Stage range from $6 to $25 depending on the production.

The Todd Community Preservation Organization was established in 1999 and its mission is to preserve our community's history, natural beauty and culture while creating a sustainable community.

The Blowing Rock Art & History Museum seeks to provide cultural enrichment to the High Country communities by promoting the arts and Southern Appalachian heritage and history through educational programs, exhibitions, activities, and permanent collections. Children's art programs are held weekly and open to the public. Adult art classes and guest speakers are held throughout the year. The Museum is free to the public.

The Ashe Co. Arts Council is the "hub" of the arts in West Jefferson NC. Changing gallery exhibits,concerts,festivals, downtown murals and barn quilt information is all here!

Located downtown, the 1908 Jones House is the cultural hub of Boone. Drop by daily (except Monday) for historic information on the town of Boone.

MAZIE JONES GALLERY Located in the Jones House, the rotating gallery features art from local artists and community groups. Artists receptions are held the first Friday of the month.

OLD TIME JAM Held every Thursday from 7:30-11pm, the jam is free and open to the public. Bring an instrument and join along or listen and observe.

CONCERT SERIES Indoor concerts are held in the cooler months. Check the website for dates,performers and tickets.
Summer concerts are held on the Jones House lawn every Friday at 5pm. Concerts are free, just bring a chair or blanket for seating. (Downtown parking is free after 5!)

Create your personal trail map for a mural adventure! 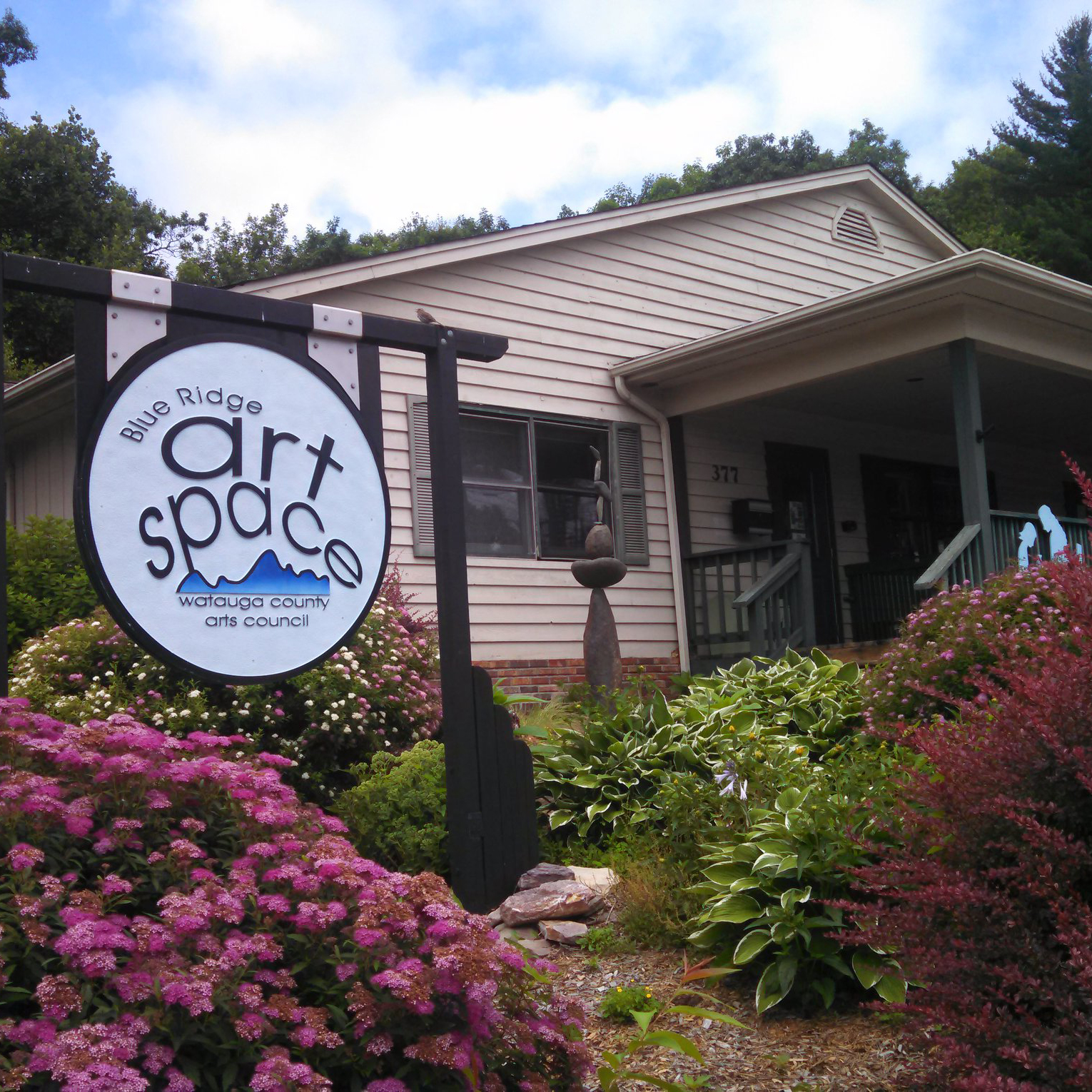 Original art that opens our hearts and lifts our spirits! The most established fine art gallery in the area celebrates over 30 years in business. Paintings, gliclees, photography, pottery, jewelry, fiber art, wood, glass, garden sculpture, musical Instruments and more by over 200 artists.

Owner, Toni Carlton prompts the gallery artists by Seasonal Group Exhibitions with Artist Receptions during the spring, summer, autumn and winter, including a Holiday Open House in late November.

In addition Individual Artist Exhibitions with Receptions are held periodically throughout the year which affords one an opportunity to meet and discuss the artist's work.

Painting workshops conducted by gallery artists are open to beginning or advanced artists and are held each week beginning in May and running through October. These workshops offer artistic expression in oil, acrylic, water color, mixed media collage, expressive and intuitive arts while creating community spirit and inspiration for artists including Toni Carlton.

Her contemporary paintings called ''Art Blessings'' are mixed media utilizing many different techniques and textures. Carlton combines calligraphic and Asian symbols through layers of collage, painting, writing and transfer images. She extends an invitation to visit Carlton Gallery where the ambiance is informal and inviting.

Visitors notice at once they are in a special place filled with community spirit, creative artists and good friends.

*The 36th Season of An Appalachian Summer Festival in Boone NC on the Appalachian State University Campus was to take place July 2020. The festival has been cancelled and will be replaced with online productions and exclusive content. Stay tuned!!

Presented by Appalachian State Universityâ€™s Office of Arts & Cultural Programs, this annual celebration of the performing and visual arts is held every July in venues across the university campus, and features a diverse mix of music, dance, theatre, visual arts and film programming.

The festival has risen in stature to become one of the nationâ€™s most highly respected summer festivals, acclaimed for the breadth and quality of its artistic programming.

Explore the fine arts and crafts at Florence Thomas Art School and Gallery through exceptional workshops, unique exhibits and special events. Programs for all mediums, levels and ages.

Turchin Center for the Visual Arts

The Turchin Center is part of Appalachian State University and has seven art galleries of changing artworks. The galleries feature contemporary art from local, regional, national and international artists. Admission to the galleries is free. Art workshops are available for adults and children. *NOTE: The gallery is closed on Sunday and Monday

Rosen Outdoor Sculpture Exhibition Explore the beautiful campus of Appalachian State University and view the 11 winning sculptures of the nationally recognized Rosen Outdoor Sculpture Competition and Exhibition. This annual exhibition highlights contemporary American sculpture in an outdoor setting. The sculptures change in May every year and complement the 40 other permanent sculptures on campus. TIP: Pick up a sculpture walking map inside the Turchin Center or visit rosensculpture.org to download a map.

Come for the view... leave with a piece of our heritage. The Moses Cone Manor, at Blue Ridge Parkway Milepost 294, is home to a showcase of the best crafts from a nine-state region...open 9 to 5-ish Spring- end of November (closed Thanksgiving Day). Craft demonstrations in the sunroom June-Oct.

Watch hand weavers at work and see their fine textiles and wearables. Shop for fine crafts and art produced by local artisans.

Enjoy family together time at this intimate, friendly children's museum packed with indoor-outdoor fun for kids from birth to age eight.

Closed Sundays and Mondays. Admission is $6 per person.

Looking for a fun night out? Are you ready for a NEW experience in the Boone and surrounding areas? We have the answer! Unleash your creative side with Lets Be Artsy! This is a great place to have fun with your friends, family and co-workers and simply discover your inner artist. Our classes are amazing for date night, girls night out, birthday parties, kids parties, team building, bachelorette parties and wedding showers and more! Our talented team of instructors guides you step by step through the sessionâ€™s featured painting. We provide all painting supplies and artist instructions. No art experience is needed. Simply be ready to have an Artsy time! Lets Be Artsy! Two-hour classes are offered for $35 and three-hour classes are $45. Public classes are fun for you and a friend or small group. Check out Date Nights and Craft nights!