Learn about Daniel Boone's time in the NC High Country, how early settlers survived in the Applachian Mountains, and the origins of that famous Kingston Trio song "Tom Dooley."  We have plenty of activities for history buffs in the Boone, Blowing Rock, Banner Elk, Wilkesboro NC area.  Here is the High Country Host Visitor Center staff top 10: 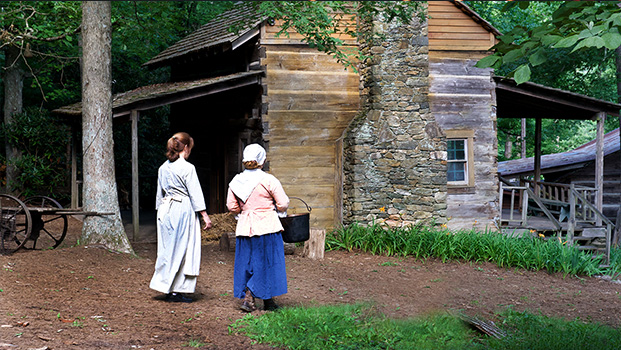 Since 1952, America’s oldest Revolutionary War Drama has thrilled over one million audience members during the summer months of June-August. Loved by old and young alike, “Horn in the West” is located in the Daniel Boone Park in Boone, North Carolina. The Daniel Boone Amphitheatre has been called one of the most beautiful outdoor theatres in the country, and generations of visitors have returned again and again to witness thrilling entertainment featuring some of the real heroes of the birth of our American story. As the playwright Kermit Hunter wrote in the original script “… the gaze of man is westward, as if he could glimpse somewhere beyond, the golden reaches of eternity. As though he could hear, blowing in the distant sunset, a Horn of Freedom!” The cast and crew of “Horn in the West” are all professionals, hired through a series of combined auditions throughout the southeast.

Another popular attraction located at the Daniel Boone Park is the Hickory Ridge Living History Museum. The Cherokee Indians, Daniel Boone and other early explorers and settlers are an important part of the history of our country. At the Hickory Ridge Living History Museum you can learn what life was like in the 1700s as our country was formed and expanded. The Hickory Ridge Living History Museum was created in 1980 to foster a better understanding of the life of the settlers in the “Horn in the West” outdoor drama. Staffed with interpreters in period clothing, the 18th century homestead gives visitors a glimpse into the past and a feeling for the daily lives of early mountain settlers including how they lived, and what constituted a ‘typical’ mountain homestead. The museum also provides insight into the self sufficiency of our forefathers by showing the routines and skills they possessed such as hearthside cooking, weaving, making candles, spinning, blacksmithing, etc.

Guided tours are available April-Nov from Tues-Sat at 10 & 2. 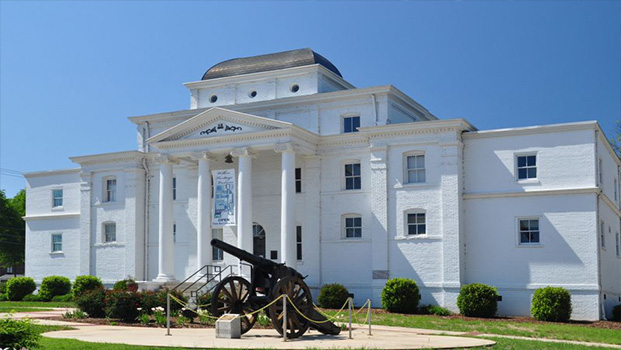 Who hasn’t heard of the Ballad of Tom Dooley (Dula)? Made famous by the Kingston Trio in 1957, and recorded by numerous other artists, the song tells the story of young Tom Dula (pronounced Dooley by locals) and his involvement with Ann Melton and Laura Foster. The murder took place in the Elkville/Ferguson community of Wilkes County. Accused of killing Laura, Tom refused to tell all he knew about the incident, perhaps to protect his sweetheart,Ann Melton. Tom was hanged for this murder and the mystery surrounding this event remains unsolved to this day. Perhaps this explains the fascination with a love triangle and a murder that happened almost 150 years ago. Tom’s defense attorney was none other than Zebulon Vance, North Carolina’s governor during the Civil War, but that’s another story.

Take a trip down into Wilkesboro to begin your adventure. Your first stop should be the Wilkes Heritage Museum, in the former 1902 courthouse, where you can purchase a ticket to visit the old 1860 Wilkes jail where Tom was held during his trial, before he was hanged for the murder of Laura Foster. Coincidentally, Ann Melton, also implicated in the murder of Laura Foster, was held for several months in an adjacent cell on the second floor.

After leaving Whippoorwill Village, continue on Hwy 268 w. After crossing the Yadkin River, you will see a state marker which indicates that Tom Dooley’s cabin stood nearby. The graves of Tom Dooley and Ann Melton are off the beaten path and therefore inaccessible to foot traffic. Another few miles and you will see the white fenced-in gravesite of Laura Foster on the left. The grave site is on a private working farm so you won’t be able to see it up close but can get close enough to take a photo. 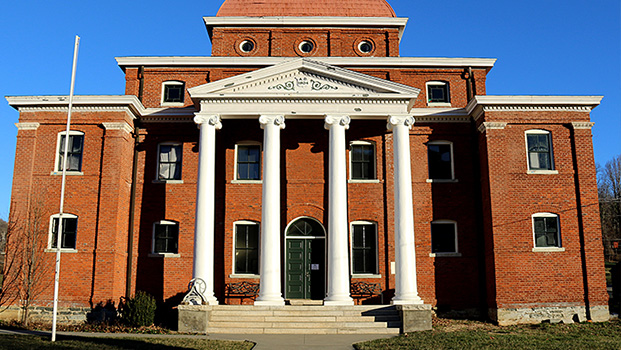 Housed in the restored 1904 Courthouse building on Main Street in Jefferson, North Carolina, The Museum of Ashe County History illustrates the stories of Ashe County with things that put you in touch with the people who lived the stories.  The tools, clothes, furniture and home wares that folks used every day to live their lives help us to understand the struggles and triumphs that built the community we live in now.  Weapons, uniforms, personal gear and war souvenirs remind us of the service and sacrifice of Ashe County veterans.  A beautiful HO-scale layout of a portion of the “Virginia Creeper” railroad gives a bird’s-eye view of the little rail that served the county for almost a hundred years, hauling timber, freight and passengers over Whitetop Mountain, the highest point served by passenger rail in the eastern U.S.  Visitors, families and school groups are welcome, and there is no charge for admission. For more information, visit http://ashehistory.org/ 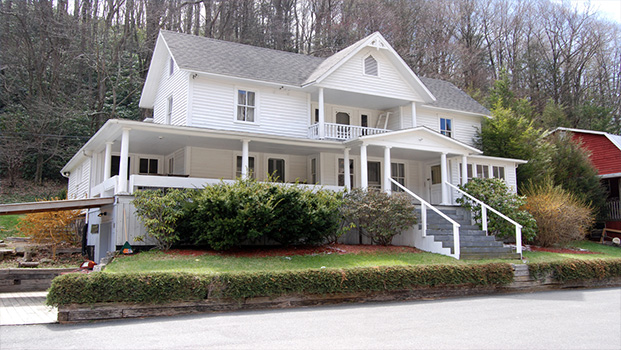 Visit the Appalachian Heritage Museum, which was started as a labor of love for the history of the Appalachian Mountains, and the Native American Artifacts Museum, which has a remarkable collection of over 50,000 Native American artifacts collected from 23 different states including a collection of arrow heads from the famous John Wayne. The Appalachian Heritage Museum was originally located on the campus of Appalachian State University, it was formally known as the Dougherty House and was one of the first buildings erected on the State University grounds in 1903. Both attractions are located at Mystery Hill at 129 Mystery Hill Ln. Blowing Rock, NC, 28605. For more information, click here. 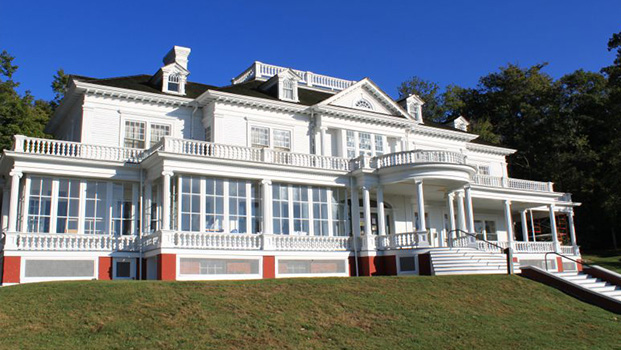 Twenty-five miles of carriage trails wind through the fields and forests throughout the area and are available to horse drawn carriages, horseback riding, and hiking. The Craftsman's Trail is a 20-minute loop walk around the Manor which the Cones are said to have walked together every morning. For more information, click here. 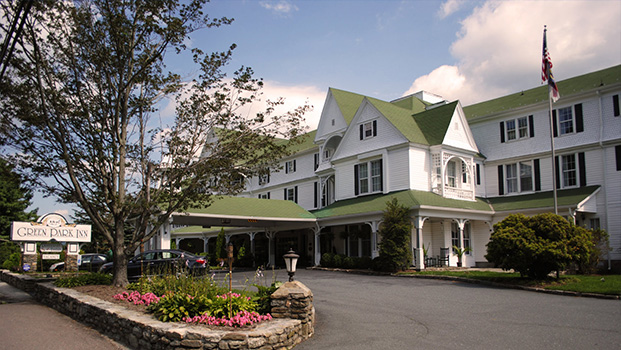 The Green Park Inn was opened in 1891 by a group of 3 businessmen from Lenoir, NC, including Civil War Veteran Major George Washington Findlay Harper on extensive acreage then known as "Green Park".  Back then, and for many years, the hotel contained the only United States Post Office for the entire area. (A piece of this original post office remains with the hotel, in our "history room", to this day.)

Throughout the decades and generations this Grand Dame of the High Country has hosted such historic and memorable figures as Annie Oakley, J.D. Rockefeller, Eleanor Roosevelt, Calvin Coolidge, Herbert Hoover, and Margaret Mitchell (who penned part of "Gone With the Wind" while a guest of the hotel).

Given the hotel's physical location, straddling the Eastern Continental Divide (at the gateway to the Blue Ridge National Parkway) and its rich history and significance to the North Carolina High Country, the Green Park Inn was placed on the National Register of Historic Places in 1982. The last of the "Grand Manor Hotels" in all of western North Carolina she remains the state's second oldest operating resort hotel. There is also music hosted on Sundays as a part of the "Music on the Veranda" series featuring The Neighbors & The Harris Brothers with an occasional special guest. For more information, click here. 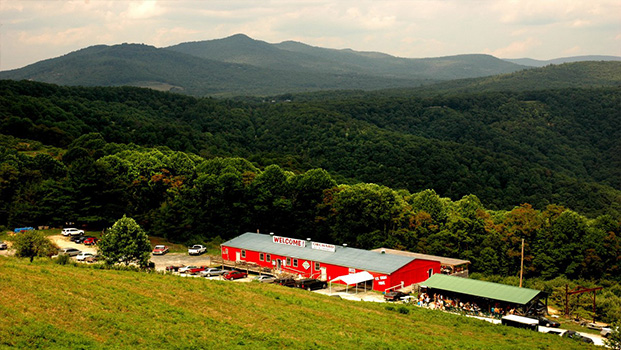 Perched on the crest of the Blue Ridge atop the Eastern Continental Divide, the Orchard occupies a unique spot in both America’s landscape and history. Geography has been a key to the Orchard’s story on both counts. Occupying a commanding location above two important watersheds – the North Toe River, which eventually reaches the Gulf of Mexico, and the North Fork of the Catwaba, which finds its way to the Atlantic – the Orchard has been a vital travel route since our continent’s earliest settlers began exploring these mountains. Buffalo and elk traversed here, followed by the Cherokee Indians and eventually European settlers.

The Orchard offers something for everyone, almost every day of the week during the season (May through October). Our programs include free live music and dance performances as well as many free or low cost educational and recreational activities for the whole family! 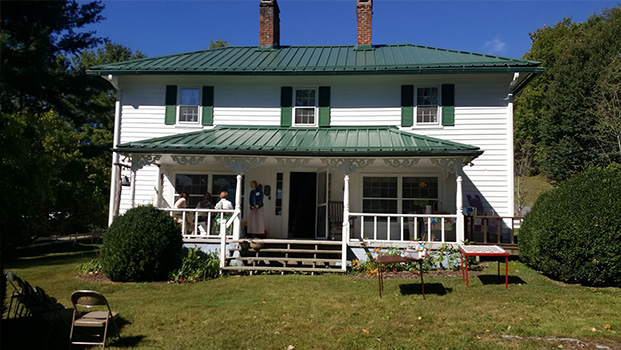 Experience 19th century history of life in Banner Elk and the High Country in the home of Samuel Henry Banner, one of Banner Elk's original settlers. Wander back in time through the re-created household of the 1870-80s.

The Museum hosts daily guided tours mid-June through mid-October by volunteer docents who will introduce you to life in the 1800's. You will learn about the history, culture and development of the local community and surrounding areas. For more information, click here. 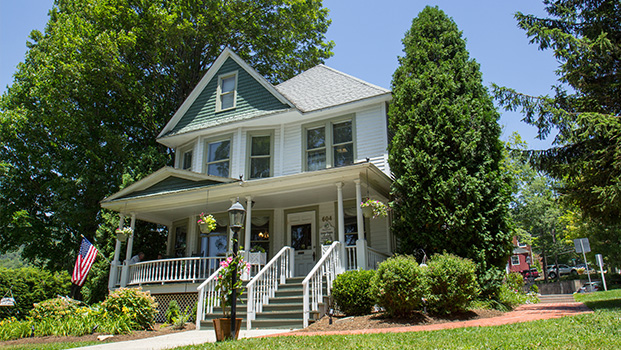 On the National Historic Register, the Jones House was built in 1908 by Dr. John Walter Jones. Located in the middle of downtown Boone, on King Street, the beautiful turn of the century house has the perfect location for a community space. The house is the site of many activities and events throughout the year. Here is a list of activities you can participate in at the Jones House: 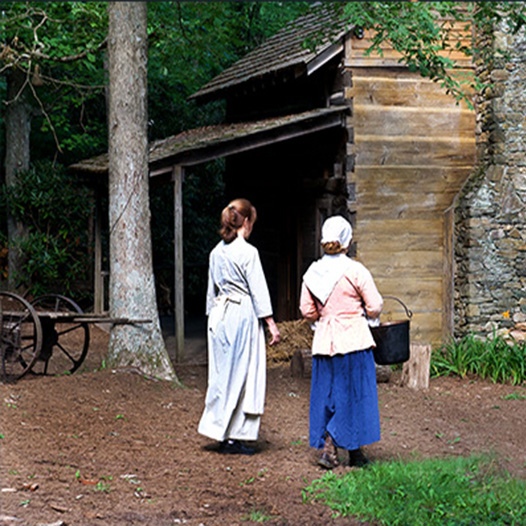 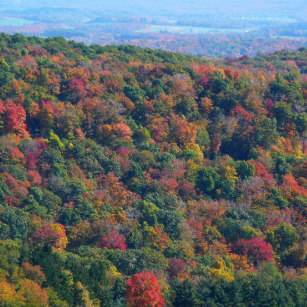 Visit the Top 10 High Elevations in the High Country